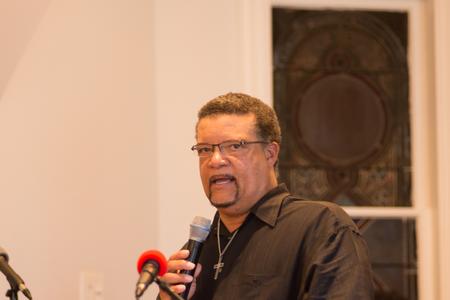 Ken was raised in the Christian home of Nathaniel and Mary Anderson. The oldest of seven children, Ken and his

brothers and sisters were required to be involved in Sunday vacation Bible School regularly at a very early age.

Ken’s deceased Godfather was Bishop O. Bady, a Bishop in the Churches of God in Christ from  Philadelphia, PA. Ken received Jesus Christ as his Lord and Saviour in 1974 and was baptised, while a  Plebe at the United States Naval Academy in Annapolis, Maryland.

In 1993, Ken was Ordained as an Elder in the Southern California District of the Churches of God in Christ,  under the leadership of  Bishop Charles Blake, who is currently the Presiding Bishop of the Churches of God  in Christ International. The Word of God was ministered that evening by Bishop T.D. Jakes, who laid hands  on Ken as a part of that Ordination service. Ken served in numerous Biblical teaching and operational  capacities at his local church, the Greater Israelite Church of God in Christ in San Diego, CA and as the  Southern California District Sunday School Superintendent under Bishop Charles Blake.

Ken’s professional career resulted in a number of relocations and Ken served as a minister in a couple of  different churches as directed by the Lord near his new locations of employment. Professionally, Ken has  served as the Director for Entrepreneurial and Small Business Development for the Delaware Economic  Development Office (DEDO) since October 2007, and Chair of the Governor's Supplier Diversity Council  since January 2012. Detail bio can be found at:  https://www.linkedin.com/profile/edit?trk=nav_responsive_sub_nav_edit_profile

Ken and his wife Dr. Devona Williams, joined the Centennial United Methodist Church in Smyrna, Delaware  in 2007, where Reverend Rudolph H. White, Jr. is the Pastor. At Centennial, Ken served as an Certified Lay  Servant, co­founded Centennial’s Technology Ministry, was a member of the Board of Trustees, and served  on Centennial’s Administrative Board.  In 2014, Ken was nominated and is currently serving on the  Peninsula­Delaware Board of Ordained Ministries (B.O.O.M.). In 2015, Ken was voted in as Centennial’s  Conference Lay Member.

Pastor Ken Anderson is a graduate of the United States Naval Academy in Annapolis, Maryland and  attended Thomas Jefferson School of Law in San Diego, CA. Ken is married to Dr. Devona Williams and  lives in Clayton, DE. They have blended family of five grown daughters, an adult son and seven grandchildren. 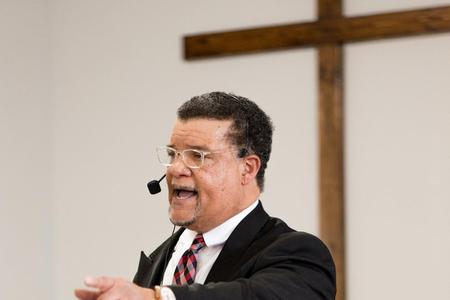 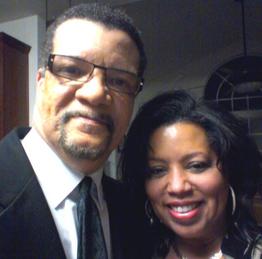